From thousand years, Taking bath is to purify mental and physical health. Greek used to believe, taking a bath is for getting purity of spirit, and it takes your mind near to the God. Whereas, Roman used to believe taking a bath is only appropriate for women. Well, are you thinking that Romans were the filthiest in the world?

In the modern era, we know the usefulness of taking a shower. The first and foremost thing should be in common of the world’s people. That is, to get rid of all sort of dirt from the body. The shower also improves our sleeping condition, enhances the flow of our blood circulation and reduces joint pains. On the contrary, the overtaking bath may cause you some problems as well.

When Should I Take a Shower?

When it comes to this question, the world splits into two groups. One of them loves to take a shower in the morning, and the other group prefers to take a shower at night. So, what should be suitable for your body?

Well, it depends on some criteria.

Personally, I take a shower in the morning.

You Should Also Take Shower in The Morning…

You Are an Owner of Oily Skin: Holly Phillips gave an interview to Yahoo health. There, he told that person who has oily skin should take a shower in the morning as oil in the skin is produced during the night.

You Sweat a Lot at Night: You may sweat at night for the temperature of your bedroom or for using hot clothes. If you sweat at night, you can take a bath to wash away the sweating bacteria from your body.

You Can Take a Shower at Night…

If You Have a Dry Skin: Those who have dry skin, it is recommended for them to take a shower at night. Dry skin attracts filth and dirt from the air. After working all day long, when you go to sleep with this dirt, it may harm your skin. It also reduces the brightness of your skin. So, you should take a night shower if you have dry skin.

Whenever You Face a Sleeping Problem: Some people have a sleeping problem. A study shows that having a cold shower at night helps to get sleep as well as it turns on mood. It shifts your body temperature and increases the blood circulation of your body. Thus, it helps you to get a sound sleep.

If You Are a Morning Worker: You might have been working a lot in the morning time.  Most probably, you are not one of those bartenders from Vegas. After having a long working day to feel fresh and clean, you should shower at night time. If you feel a new feeling at night and not want to make dirty your sheets, you should be a night crawler.

How Long Should a Shower Take?

Here are some factors on which our shower depends upon –

According to the surveys held it is stated that women consume more time than men while bathing. Age even plays a significant role here.

Is It Bad to Shower Every Day?

I drink tea every day but do not take the shower every day.

How do you often take a shower?

Every day or couple of times a week?

People all over the world are seeking the answer to this question whether taking a shower every day good for health or not.

Well, this is one of those issues that do not have any particular answer. So, is it dangerous for your body to take a shower every day?

It depends on some vital parameters.

Some people are more active. They do a lot of physical work like jogging, cycling, etc. and some people are not doing much. The active people are filthy faster than inactive ones. They can have a shower on a regular basis. In some days, instead of taking a shower, you should wipe your whole body with a wet towel.

Why Do We Take a Shower?

We take a shower to get clean and dirt less.

So, it is evident for the people who are visiting Gym to take shower systematically. Even though, you don’t need to take a shower every day. It is not necessary. More precisely, sometimes it is harmful to your body.

It might sound stupid to you. Indeed, to me as well, it was shocked when I found surprisingly that over shower might be mischief one’s body!!!

Here I am letting you know some more facts which can catch you for the overtaking of the shower:

Effect on The Skin: Taking shower enormously can damage your skin viciously which can cause you dry and rough skin. I have discussed this matter elaborately in “is showering everyday bad for your skin?” section.

It Can Harm Your Hair: Washing your hair is good. But overdoing it may end in hair damage. Your hair becomes dull and dry for every day’s shower. It is recommended to wash the hair maximum three times in a week for having healthy hair.

Wasting of Water: You are taking a shower every day means you are using a lot of water. Wasting water is becoming a big problem in western countries. It is said that within two era people will face a shortage of usable water, viciously.

Is Showering Everyday Bad For Your Skin?

Showering every day is a kind of motto which has been installed by your surroundings people in your brain since your childhood.

Do you believe in “The more you take a shower, the cleaner you are” theory?

If you do, you should not.  It depends on the situation and how filthy you are.

It protects the underlying layer which consists of living and healthy cells from any damage. The top layer helps to maintain the moisture of skin by its vital component Lipid.

Lipid is a fatty acid which makes up the building blocks of the living cells. It enhances the functionality of life cells. It is moisturising your skin.

When you are taking a shower; especially using soap, you are not only cleaning yourself off dirt but also washing off these lipids.

If you take shower frequently, your skin will not get enough time to produce this thing naturally. There is another fact which is more alarming than this and causes more damage. There are some useful bacteria which grow on our skin.

These bacteria act as shields against harmful bacteria.

Taking a shower every day with soap may kill these types of bacteria for which it would be easy for harmful bacteria to attack your skin.

There are some people out there, who are taking good care of the skin by using sun-blocking cream, lotions, having a healthy diet but still notice wrinkles in the early age. Maybe, you are one of them. It may surprise you, but one of the reasons for having wrinkles is to take a hot shower on a daily basis!

If you are a James Bond lover, then must have noticed that this tough guy always starts his shower with hot water, but gradually he turns down to cold at the very end. This is referred to “Scottish shower” technique.

Always keep it in your mind that cold shower is much better than the hot shower. That is why Bond also ends his bathing journey with a shivering experience. 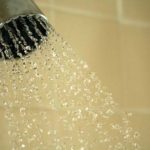 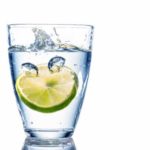 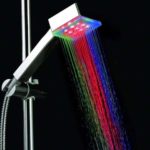 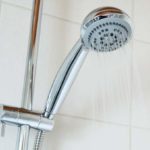 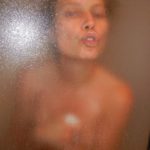 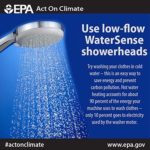 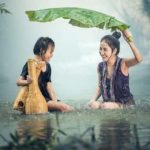 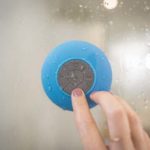